We drove over Cabbage Hill the day after Christmas, our car loaded with the girls and suitcases stuffed with snow gear. And sorrow, the kind that clings to fibers and mist and turns insides out with how different everything feels.

Michael drove, and I held his hand and looked over at him often to see his growing older face and the pain that I held with him but that was his alone. A few days before Christmas, at the age of 94, his white-haired, blessed cackle-laughing Grandpa Sunny died.

When Grandpa passed, so, too, had the last father figure in Michael’s family and the one who filled some of the stretching open hole when Dad died two months shy of Michael’s graduation from high school.

“It’s just my brothers and me,” Michael had said. “We’re the men now.”

Grandpa lived life a steadfast husband and father, a modern-day mountain man, the town pharmacist, a snowmobiler into his 80’s, the coach of many generations.

He would be buried above the high school field that bore his name.

As Michael held the road’s curves, he remembered the 35 years of drives through three states to visit his grandparents. But on this journey, twists and turns were the contours of dread sadness pulling him toward second home and the fear of entering through the log home’s side door, and no Grandpa.

It was early morning and the roads were clear, but fog hung thick outside Pendleton. And then, as Michael remembers, everything cleared. Time suspended.

For suddenly, suddenly the world was etched ice, glistening like a vision from another planet. The prairie landscape was a scene in a snow globe — each branch, each grass blade, each leaf coated, transformed, still.

In all his drives through this terrain in sun, rain, snow, sleet, blizzards, Michael had never beheld a thing like this.

“It was like seeing a lightening bolt in slow motion,” he recalls. “Something that you know will only happen for a moment, and you’re seeing it happen.”

It was something rare in these parts — a hoarfrost. “Hoar” itself an old word that means grayish white or grayed with age, this kind of frost occurs when the air holds a high humidity and physical surfaces have a temperature below the dew point. Water vapor from the surfaces skips dew and moves directly to a frozen state.

So the frost did not just wrap the trees in sparkle. The gnarled trees were sparkle.

In this utter stillness, nothing seemed true.

Michael wondered what would happen if he stopped the car. Was the blinding bright of crackled white real? If he reached to touch it, would it return to the everyday of soft leaf and delicate blade?

Lying in bed talking with me on what would have been his father’s 75th birthday, Michael recalled the frost of life sorrowfully new.

“That day, it was like emotionally, everything had changed,” he said. “Something I’d never seen before had transformed every thing into something scary beautiful.”

I am eyes filled with tears grateful for my husband who shared his remembrances of that day’s frost and the losses that crystallized every detail in his mind.

Every Monday, Amber Haines of The Runamuck, leads an exploration of voice in writing, in which we use concrete words to express the abstract. Please visit Amber’s to read her glorious writing and that of other writers and friends who link up there. This week’s piece began with the prompt “THE FROST.”

Also linking up with Imperfect Prose at Emily Wierenga’s place. 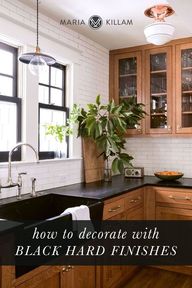